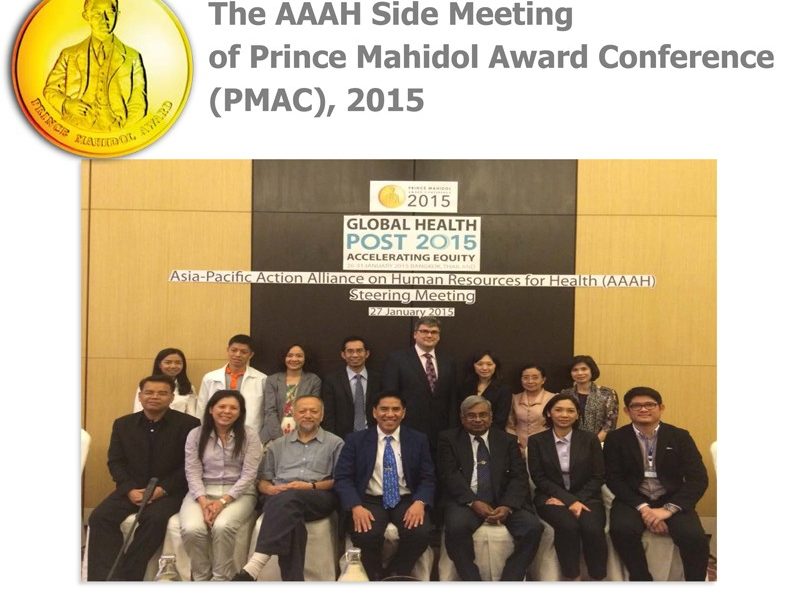 The AAAH Side Meeting of Prince Mahidol Award Conference (PMAC), 2015

The Prince Mahidol Award Conference (PMAC) 2015 on Global Health Post 2015 Accelerating Equity, the conference took place during 26th-31st January 2015 at Centara Grand at Central World Hotel, Bangkok while 26th-27th January 2015 the side meetings were held in Lotus Suits and World Ballrooms. There were 24 side meetings in this conference including AAAH which was a host to AAAH Steering Committee meeting on Tuesday 27th January 2015.